A new experiment in my acting administration (this pertains to the commercial world primarily) I wish to share with you all:

1. First, write a specific, detailed postcard to each and every one of the creative directors in the production company for the national commercial I shot 2 weeks back. Mention at top that I worked with one of their fellow director mates. (Real live update as I write this: learning that one of the directors is behind the brilliant madness of the TURN DOWN FOR WHAT music video is making me smile like an idiot).

2. Next, to write a specific, detailed postcard to all the directors for every single production company I’ve ever worked with. Mention which director I worked with at top. So far, that makes it 11 commercials. 11 production companies. With 10-20 directors in each company. I’ll start with the latest ones and then go back to 2011. 110 – 220 postcards? Oh boy.

3. Once all that madness is done, I’ll induce more madness upon myself by writing a specific, detailed postcard to every single major production companies that I’ve never been involved with and the directors that work with them. This will probably take months.

4. Consult with a doctor about my inevitable arthritis that formed as a result from all of this.

*NOTE – This may be recommended for those who’ve worked in commercials (and/or have major TV and film credits) already, have a commercial agent, and not for those who are brand spanking new to the entertainment industry. 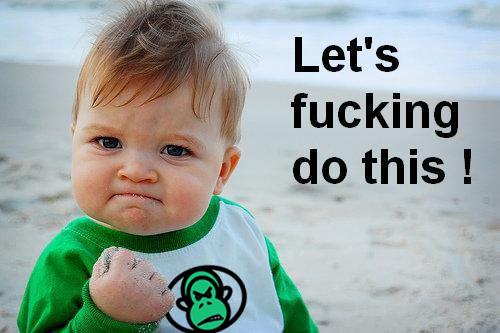 REASON – An actor friend who has induced similar madness upon himself inspired me to do this. “Why just reach out to casting directors when you can go one step beyond?”, he asked to my head.

POSSIBLE OUTCOME – Said acting friend has told me it has resulted in straight to callbacks with directors letting him know they got his postcard and thought his work was good. So, hey, it doesn’t hurt for me to do that too since many of these directors also work in major TV shows and films. At the very least, there will be 500+ postcards floating around in these production companies with an Asian dude staring at a floating Cinnabon.

ALTERNATIVE ROUTE – Services like Amazingmail are available for you to use and ideal for those who don’t want to suffer impending arthritis. It’s a print to send service allowing you to personalize each card. They print it and send it on your behalf so hey, that’s cool! For me though, I like the personal touch with a pen and paper to express my message. Different strokes for different folks.